Machu Picchu Still Gets A Million Visitors A Year 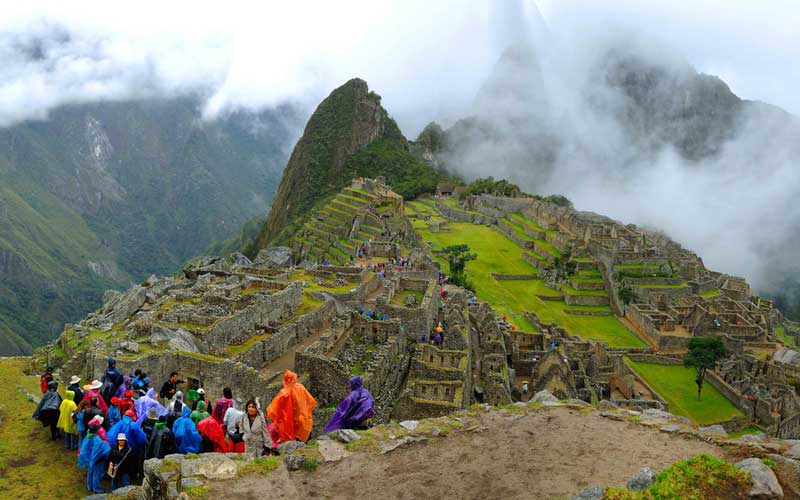 The Incan citadel of Machu Picchu first received more than a million visitors a year in 2012. This continues to be the case, as the head of the Decentralised Directorate of Culture of Cusco, Ricardo Ruiz Caro, recently told reporters.

That’s 3,300 a day, more than the 2,500 agreed between Peru and UNESCO, although weeks ago, the latter declined to place Machu Picchu on its List of World Heritage in Danger as the Peruvian government has mostly abided by UNESCO’s suggestions.

Peruvian management of Machu Picchu is recognised as good. It was praised by Weera Rojpojanarat, the Thai Culture Minister who led a delegation to the location and remarked that the methods could be copied by the world heritage sites of Thailand.

Caro spoke of the improvements that are being considered. One measure to be ruled out in the immediate future is nighttime visits, which might “alter living systems.” A visitor centre will be constructed to monitor the number of people arriving.

New routes and toilets have been proposed. There will be time limits at certain points to prevent bottlenecks. Certified guides will prevent tourists from roaming alone.

The park is currently open from 7am to 5pm, which could be extended by half an hour.

While there are a million visitors a year, Caro highlighted that it is not the quantity of people that matters, but their management, which has changed little in almost 40 years and is now “close to the limit.”

About the Author Mark Whitman

Get a trek quote to your inbox, today!

Machu Picchu Airport to be Built Despite Protests

Things To Do In Machu Picchu – 18 Must-See Sights!

Trekking To Machu Picchu In December

Tipping On The Inca Trail And Porter Welfare