Lake Titicaca is believed to be the origin of Peru’s ancient civilizations. Abundant water and fertile shores made the lake an attractive place to live centuries ago. Even before the Incas, societies like the Tiwanaku and the Paracas called Lake Titicaca home.

These Lake Titicaca ruins tell a fascinating story of some of Latin America’s earliest civilisations. Don’t miss the opportunity to visit these sites and marvel at their mysterious origins up close.

In this article, we will look at evidence of these ancient civilizations known as the Lake Titicaca ruins. There is even a city located at the bottom of the lake.

Looking for a short tour? Here are some of my favourite tours in Lake Titicaca:

Since the 1950s, there were rumors of a lost city in the depths of Lake Titicaca. In the year 2000, an international archeological team proved the legends to be true. A temple was discovered beneath the surface of Lake Titicaca, just off the shore of Copacabana in Bolivia.

Along with the temple, there appears to be the remains of an underwater city. The buildings are estimated to be between 1000-1500 years old.

Exploration teams found agricultural terraces and 800m (half a mile) of a stone wall. There is also 30m of a well-preserved, paved road. This is very similar to parts of the Inca Trail to Machu Picchu. Divers visited the site around 200 times to properly record the layout of the ruins.

More than 10 000 artefacts have been recovered from this temple, including ornaments and cooking utensils. Most items are made of gold, stone, or ceramics. Human and animal remains have also been uncovered in this lost city of Lake Titicaca.

Bolivian side of Lake Titicaca

Can You Visit The Lake Titicaca Underwater Temple?

Currently, you can’t dive or snorkel in Lake Titicaca to see the sunken city. However, the Bolivian Government has plans to build an Underwater Museum.

Once complete, this will showcase the relics found at the bottom of Lake Titicaca.

The museum will also protect the Titicaca underwater temple. This unique project will cost up to $10 million and above. Hopefully, construction will go ahead in the future.

You may also like: Things to do in Lake Titicaca

Where to stay? Here are 7 of my favourite accommodation options on Lake Titicaca in Puno and Copacabana:

Most people allocate only enough time in Puno to see the floating islands of Uros. I too felt I’d seen enough ruins after Machu Picchu and Cusco. However, the Lake Titicaca ruins in Puno have a unique feel about them. In fact, different people built them, giving them a fascinating history over the centuries.

Below are some of these renowned Lake Titicaca ruins. 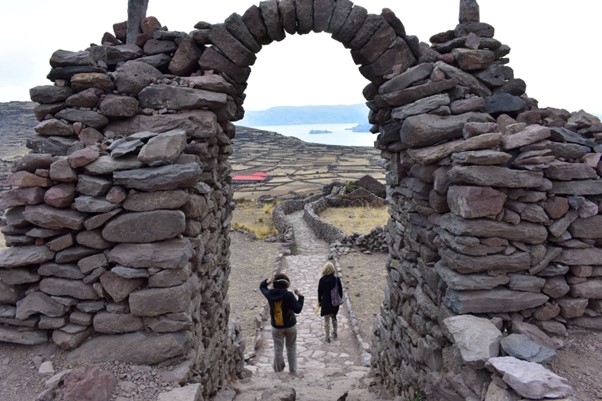 These ruins are a pre-Incan burial ground. The towers are called Chullpas and were built by the Colla people and ancestors of the Aymara, who still inhabit the lake. The Chullpas were reserved for nobility, priests, and other members of the elite. Entire families were laid to rest in cylindrical mausoleums at the Chullpas.

Over the centuries, vandals blew up many of the Sillustani funeral towers with dynamite while other towers remain incomplete. These burial chambers exist across the southern Andes with the ones situated near Puno being the best preserved.

A short visit to the Sillustani ruins is worthwhile. Look out for hidden symbols in the stone. Tours here depart from Puno at 2-3 pm in the afternoon. Alternatively, arrive here on your own with a public minivan (collectivo). Entrance to the Sillustani Ruins only costs 6 soles. 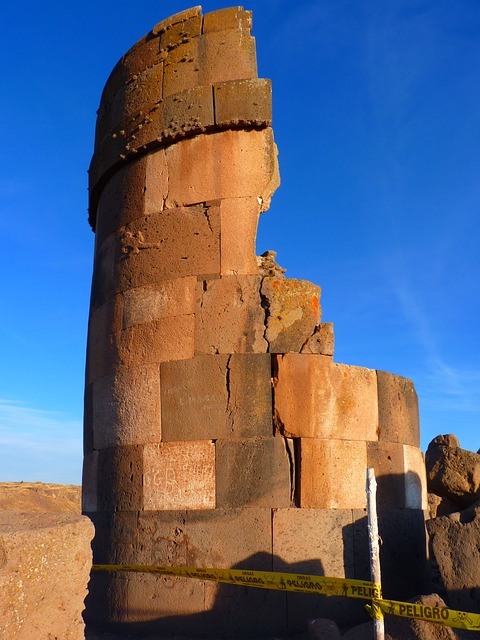 The Chucuito Fertility Temple is one of Peru's strangest attractions. At Chucuito, you will find over 80 stone phalluses laid out in rows, the biggest of which is about 4ft (1.2m) high.

According to the local tour guides, this site was a fertility clinic of sorts in ancient times. Women visited Chucuito Fertility Temple when they were trying to get pregnant.

Another explanation for these structures is that they were stacked more recently. Perhaps an innovative local took the opportunity to exploit tourists' interest in the unusual. As far as authenticity goes, the jury is still out on this one.

The site is small, so I wouldn’t bother with a lengthy tour. You can get there easily with a 20-minute collectivo ride from Puno, then head southwards to the small town of Juli. Ask around in Juli and you will be directed to Chucuito from there.

The trip costs very little and is, at least, worth a laugh.

Hot Tip: Make the most of your outing like eating freshly caught trout in a nearby local restaurant. There are also usually Alpacas grazing nearby if you want to snap some pastoral scenery.

Lake Titicaca Ruins on The Bolivian Side

If you have a little time and some extra money, it's certainly worth a trip crossing the border to the Bolivian side of Lake Titicaca. Here, you will see two noteworthy Lake Titicaca ruins that will make your experience very memorable. 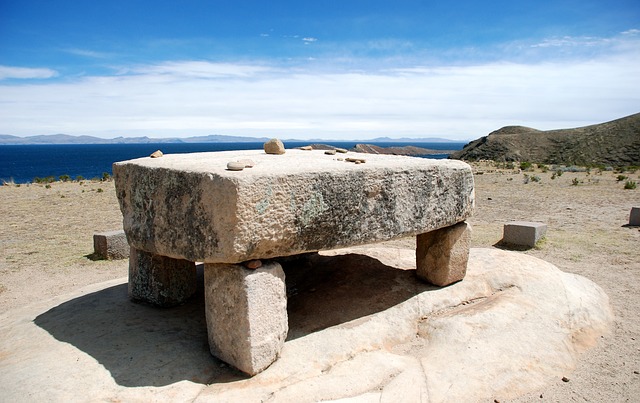 Isla del sol plays an important part in ancient belief systems. According to Incan mythology, Viracocha, the god of creation, rose out of Lake Titicaca long ago. He commanded the Sun and moon to rise into the sky and created humankind.

According to legend, Inti raised Manco Capac, founder of the Incan Dynasty, from the depths of the lake. There are two huge footprints (supposedly made by the sun god himself) on the island.

The Incans believed that Lake Titicaca was the origin of all life. They also believed that their souls would return to the lake after death.

The Chicana ruins are found on the Northern tip of Isla del Sol. This maze of stone walls was potentially a sacred training ground for priests. Near the maze, there is a sacred rock that has been carved in the form of a puma, symbolising strength, intelligence, wisdom, patience and all worthy life-giving qualities in Incan mythology.

On the south of Isla del sol, there are 206 stone steps with idyllic foliage on either side leading up to a shaded fountain. Legend has it that this is in fact the fountain of youth which has been written about in numerous pieces of literature over time. 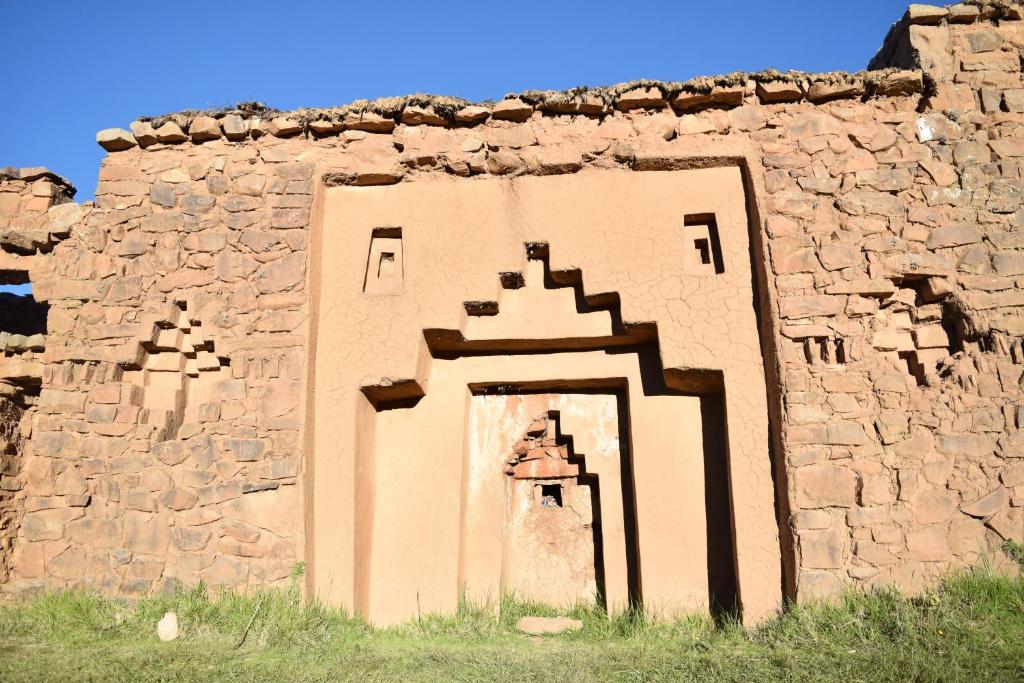 Isla de La Luna or Island of the Moon is the sister of Isla De Sol and only 8km (5 miles) away by boat. Many companies offer combination tours to the two islands.

On Isla De La Luna is Inak Uyu, the temple of the Sun Virgins. The remains of this ancient nunnery are located on the east shore of the island. You can explore inside and around the temple. There are three levels of terraces and a large amphitheatre-type building.