Planning your visit to the Incan ruins? You may be wondering what animals you can find at Machu Picchu. The 32,000 hectares around the ruin are conserved as a sanctuary.

This area has a variety of habitats that are home to different species. The current list includes 53 mammals, 22 reptiles, 12 amphibians, and 423 bird species. That's not counting the innumerable types of insects. Many species found here are endemic to the region.

On your visit to the Citadel, you are sure to see some Machu Picchu animals. If you are lucky, you may even spot something rare.

In this article, we will look at some of the most common and interesting animals around Machu Picchu.

Changing altitudes between the mountains and valleys provide a range of habitats. The animals found below live in the area surrounding Machu Picchu.

Some Machu Picchu animals can be sighted around the ruins themselves.

However, for the best chance of sightings, I’d recommend going on a trek to Machu Picchu. Even then, you need good luck to catch a glimpse of some of these indigenous Machu Picchu animals. 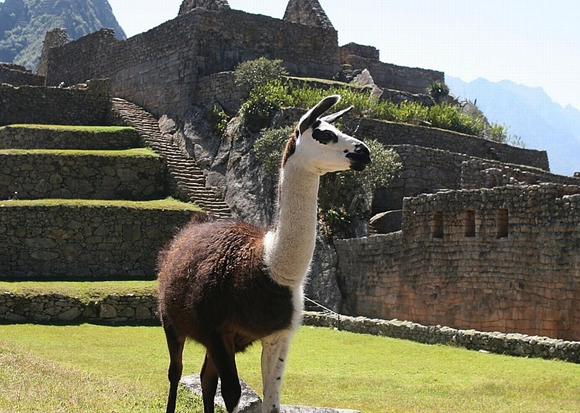 These are the easiest animals to see at Machu Picchu. Around 25 semi-tame llamas and alpacas roam freely between the higher terraces. They are well adapted to living at high altitudes.

Llamas and alpacas were domesticated more than 10,000 years ago. Today, they are still bred for carrying loads as well as for meat and wool.

There are two species of camelids that can be found in Peru. Vicuna and Guanaco remain mostly in the wild. Salinas y Aguada Blanca National Park, near Arequipa, is one of the best places to see these animals (see: fun things to do in Arequipa). 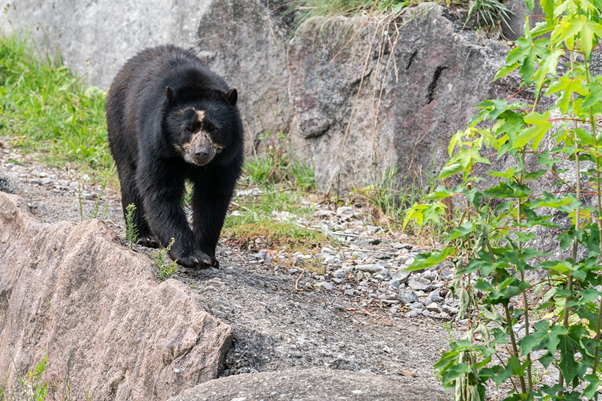 Spectacled bears (Tremarctos ornatus) are small and shy bears found throughout the Andes. They have black fur with distinct pale rings around their eyes, making it look like they are wearing glasses. Males can grow up to 2m long and weigh around 120kg. Females are usually half this size.

Spectacled bears have short snouts and sweet-looking faces, which inspired the popular children’s book Paddington Bear. Look out for them in trees where they like to feed on bromeliads.

Bear sightings are rare, but they are occasionally spotted around the Machu Picchu ruins. This is usually first thing in the morning. If you do come across one, there is no need to worry. Spectacled bears are no threat to humans. 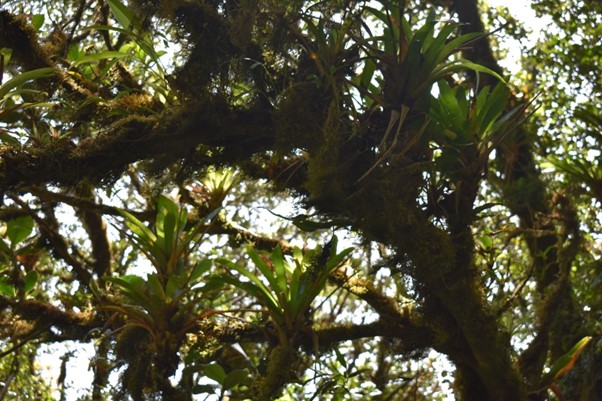 These cute, rock-loving creatures are types of Chinchillas, resembling giant squirrels with rabbit ears. Vizcachas live in colonies and eat whatever vegetation they can find around their rocky homes.

The stone buildings and boulders around Machu Picchu provide the ideal habitat for vizcachas. Keep an eye out for them on top of the ancient stone walls. There is a good chance you will see at least one enjoying the sun. 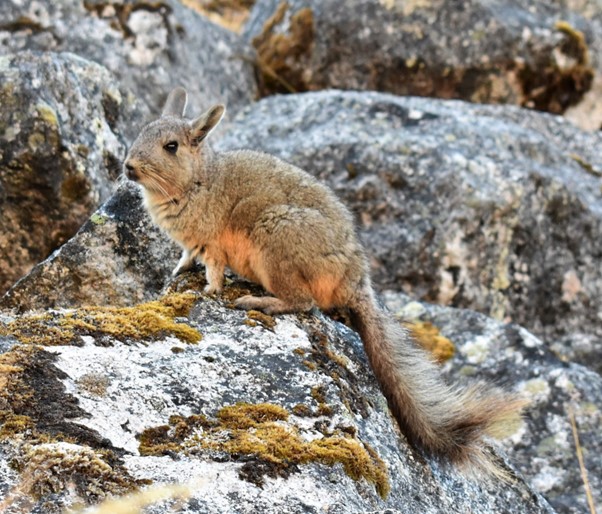 Vizcacha on the Salkantay Trek

This large cat is the top predator in the Andean mountains. Pumas are the second largest felines in South America, after the jaguar. They are extremely secretive.

Pumas have large territories where they hunt deer and other mammals. These cats go out of their way to avoid humans.

Research cameras have been set up in the Machu Picchu sanctuary and have recorded several resident pumas within the area. Pumas are rarely sighted in the flesh. You would be exceptionally lucky to see one in Machu Picchu or anywhere else on the continent. 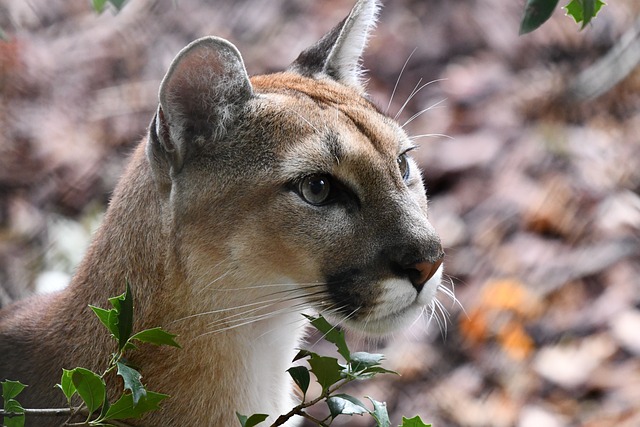 Other Mammals Around Machu Picchu

Many other mammals are found around Machu Picchu. Taruca (Andean deer) are some of the Machu Picchu animals often seen high on the mountain slopes around Mount Salkantay.

Andean foxes are sometimes spotted slinking through the grass. Otters can occasionally be seen hunting crabs in the rivers below.

Coatis (relatives of the raccoon) also live in the area. These furry creatures sleep high in the treetops at night. Look out for them around the ancient Incan stairs if you are walking up to Machu Picchu. 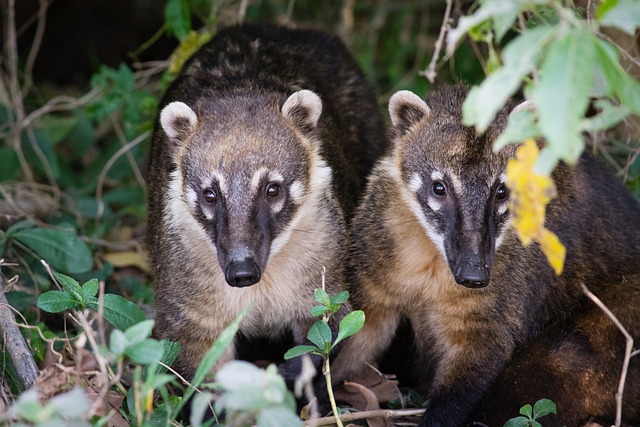 Coatis are diurnal, mainly foraging for food during the daytime and sleeping at night

The sanctuary of Machu Picchu is home to over 400 bird species. The region is a birder's paradise. You will almost certainly spot raptors, hummingbirds, and other bird species around the ruins. Below are some of the most iconic birds of Machu Picchu: 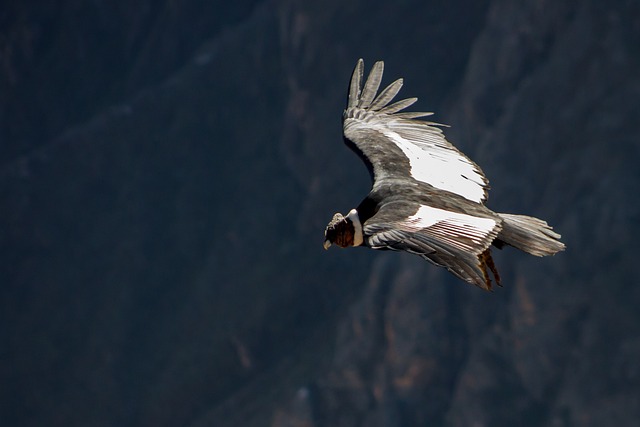 the largest vulture in the world with a wingspan reaching up to 3m (10ft). The condor is also a symbolic animal in Peruvian culture. It is said to take messages between heaven and earth. A good place to see condors is at Colca Canyon. 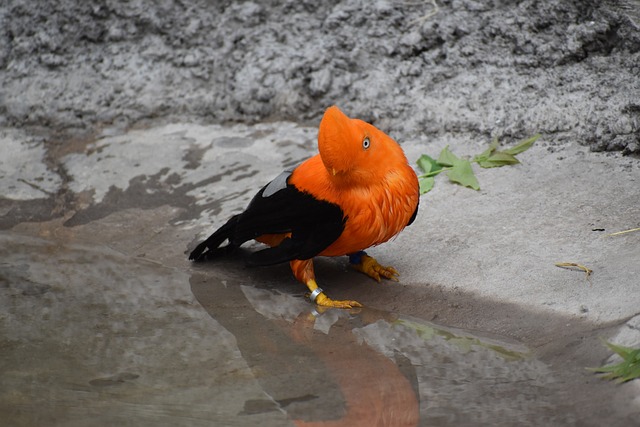 In Spanish, Gallito de las Rocas is the national bird of Peru. Males are an unmissable shade of red with a crest like a rooster. They put on an elaborate courtship display for less colorful females.

Andean Cock of the Rocks are not easy to see. You might get lucky though and spot one on the walk between Hydroelectrica and Aguas Calientes. The best chance for a sighting is first thing in the morning. 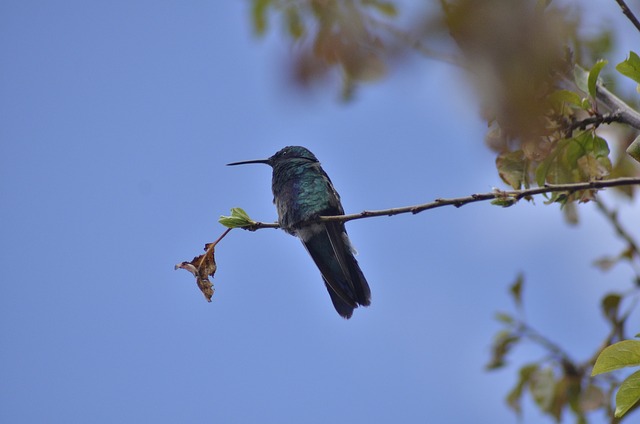 These large hummingbirds have a wingspan averaging 20cm / 8 inches. Their wings beat much slower than other hummingbirds. Hikers on the Inca trail often see them drinking from giant cacti flowers.

Lizards and Reptiles Around Machu Picchu

You usually can find lizards sunbathing on the rocks around Machu Picchu citadel. Spiny whorltail iguanas are particularly common in the region.

Be sure to look for the Optimus Prime lizard while visiting Machu Picchu. It is named after the character in Transformers which was partially filmed in the area. This new species was classified as endangered almost as soon as it was described.

There are snakes around the mountains, but they are rarely seen. Very few snake species in Peru are venomous enough to threaten humans. Still, you should always look where you are stepping just to play it safe.