Machu Picchu Airport to be Built Despite Protests

Plans to build a new international airport in Peru’s Sacred Valley have been in the works and have caused quite an outcry.

Conservationists are concerned that the airport will put the World Heritage Site at risk and cause more damage than good for the area.

The World’s Monument Fund listed the Sacred Valley as one of the 25 cultural heritage sites that are at risk.

The airport is being built in order to accommodate Machu Picchu’s increasing tourism rates as it has become an iconic trek and popular tourist destination.

Machu Picchu is a UNESCO World Heritage Site located in the Andean highlands in Peru and is just one of the many sites with archaeological value that may be threatened by the new airport. 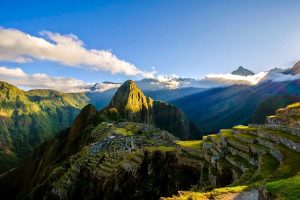 Why build a new airport?

The airport has been set to be built by 2023 in Cusco and will offer direct flights to various cities in South America and some in the US. The plan is for the new airport to eventually replace the Alejandro Velasco Astete International Airport.

The current airport is located 19 miles away from the Sacred Valley and Machu Picchu and acts as the gateway to the ancient sites. Due to its location, the airport faces a number of problems. The vice minister of tourism in Peru, Roger Valencia, states that planes are only able to access the runway from one direction due to the wind patterns in the area. The airport is also surrounded by city so there is no room to expand.

The project is being financed by the Peruvian government who foresee it reaching a capacity of 8 million passengers each year. Thereby generating millions of dollars of revenue for the country.

According to President Vizacarra, the plans for the airport have been in the works for 15 years to ensure that every aspect of the project has been thought about.

“This is not an improvisation. Chinchero Airport is going ahead” – President Vizacarra 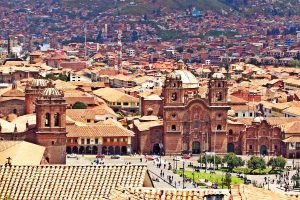 Concerns for the Machu Picchu airport

However, archaeologists, historians and UNESCO have heavily criticized the project and protest its construction.

Dr Gabriela Ramos, a Latin American History professor at the University of Cambridge, says that one of the reasons that the airport project is dangerous and nonviable is the area’s altitude. The area itself sits at a height of 10,000 ft (3,000 m) above sea level and is surrounded by even higher mountains with heights of 16,400 ft (5,000 m). This makes it risky and dangerous for planes to navigate through the area.

“Since the 1980s, there have been reports produced by aviation experts that have ruled out the airport project because of safety reasons. Human lives are threatened and the aviation industry should be aware of this.” – Dr Ramos

According to Travel News Daily and Architectural Digest, another concern is the increased footfall in the area that the new airport would bring. The numbers of visitors in the area each day is already double UNESCO’s recommended limit. Around 5,000 people are allowed to explore Machu Picchu every day, while the recommended limit is only about 2,500 people.

Building an international airport would bring 3 or 4 times the number of people into the area, which would become a severe threat to the preservation of the ancient Inca site.

Dr Ramos states: “Turning Machu Picchu into a theme park will lead Cusco and its surroundings to deteriorate.” 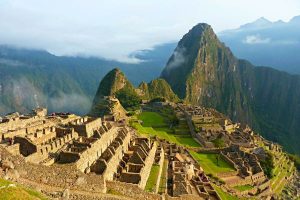 What does this mean for the tourism industry?

People working in the tourism industry and travellers themselves have mixed opinions on whether the new Machu Picchu airport will affect the area positively or negatively.

Founder of Inkaterra, José Koechlin von Stein states: “I don’t believe it will boost over-tourism with the negative consequences that are much feared. Instead, it may well improve connectivity and meet the natural travel demand.”

On the other hand, founder of Aracari Travel Consulting, Marisol Mosquera argues that it’s unsustainable.

“From my perspective, the fewer people who come, the better, because over-tourism is doing damage. It’s a disgrace, because people come to see the places that this airport will help destroy.” – Mosquera. 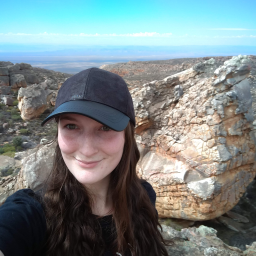 Adie is a nature and wildlife lover living in Cape Town, South Africa. Growing up, she had many opportunities to explore the outdoors by hiking, going on safaris and venturing into the karoo with her family. This led to her love of animals, the environment and discovering new places to explore.